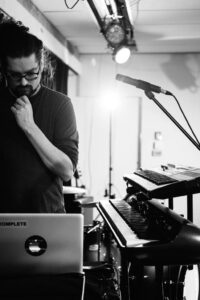 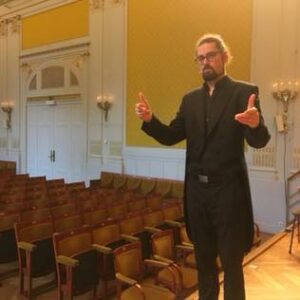 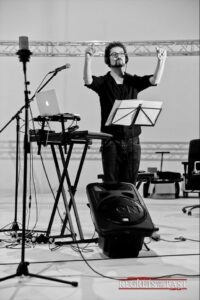 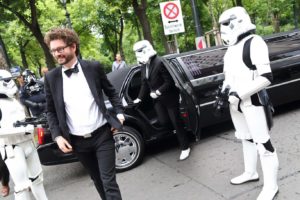 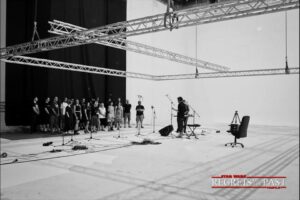 Mark is a British born composer, producer and pianist. He grew up in Essex, England on Mersea Island, Britain’s most easterly populated island. He founded Musitecture in 2013 as an outlet for his creative compositions for film and media.

He attained his BA Music degree at the Centre for Music and Performing Arts, Colchester (Cambridge APU) in 2006, focusing on music technology and composition for media. He also holds a FdA degree in Popular Music.

An experienced live performer, Mark has extensive tour experience. As keyboardist with his band Entwined, he signed his first record deal with Earache Records in 1997, releasing ‘Dancing Under Glass’ the following year and touring throughout Europe, playing 42 shows in support of label mates Morbid Angel (USA) and Vader (PL). In 1999 he formed Primary Slave, together with ex-Cradle of Filth guitarist Paul Allender. The band fused electronic soundscapes with industrial rhythms and aggressive guitars, signing to Cacophonous Records and releasing their first album in 2001 ‘Dataplague’. Following Allender’s return to C.O.F., Mark made a radical change of music direction, joining his childhood friends’ alt-country band, ‘Mahony’. They played a number of shows in the UK and produced an EP with Philip Wigg (Billy Bragg). In 2004 Mark joined Kevin Pearce’s band, playing piano and synths for his art-pop songs and regularly performing in London’s underground scene, gaining the attention of manager Denis Collopy and leading to Pearce signing a record deal with EMI.

Additional to his band work in the UK and following completion of his studies, Mark spent prolonged time in Grenada, WI where he helped build a music school. He also joined a popular reggae band and played numerous times per week in some of the best live music hotspots.

In 2009 he relocated permanently to Vienna. in 2010 he became the resident pianist for the Vienna Konzerthaus’ education and outreach team, performing regular concerts with the Unisono ensemble together with the Wiener Singakademie as part of the yearly choir program.  Mark also works in a number of choir projects in cooperation with the Wiener Sängerknaben and Kultur Für Kinder society. He has also worked with the following acts in Austria as a recording/live musician:

Mark has developed an international network of talented musicians and producers, with whom he regularly collaborates for live and studio projects. You can get in touch directly with Mark here, or by visiting his homepage.